What Makes A Great Fantasy Story?

Here’s a confession: there’s a lot of fantasy fiction I’m not interested in. I simply do not care about elaborate world-building for the sake of it, no matter how imaginative, intricate, or clever. Nor do I care about the history of orcs, elves, dwarfs, werewolves, vampires, their various groups, subgroups, histories, culture, pets, favourite recipes, viewing habits, and so on. I’m not interested in Dungeons and Dragons games, and I couldn’t care less about mana points, or other absurdly complex witch and wizard minutiae.

However, I absolutely love The Lord of the Rings, His Dark Materials, Harry Potter, and certain other key entries in the fantasy canon. What is it that makes these tales stand out where others fail to grab my interest?

A common mistake made by aspiring fantasy writers is they think including elaborate fantasy iconography is enough. It isn’t. Enchanted forests, magical artefacts, dragons, and so on do not by themselves a great story make. I believe the key to a great fantasy story is the same as the key to any great story: an original, incisive, and resonant treatment of a universally relatable theme. 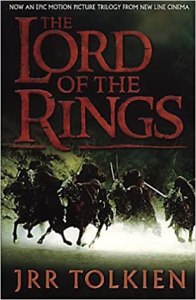 To take Tolkien’s The Lord of the Rings as an example, that novel isn’t really about orcs, elves, magic, and so on. It has – among other themes – profound and deep things to say about friendship, growing up, and the melancholia of the end of an era. These themes are universally relatable, which is why people who normally wouldn’t look twice at a fantasy story make an exception for The Lord of the Rings. These themes are explored memorably in many other genres too.

His Dark Materials is likewise less concerned with armoured bears, angels, and parallel universes, and more concerned about abuse of power, corruption, and the effect of religious oppression on innocent children. Again, these themes have been explored in other genres, but Philip Pullman’s masterstroke is the creation of the daemon – a kind of spirit animal that represents our innermost being. At its most fundamental level, His Dark Materials is concerned with spirit, soul, and body, ie what makes us human in the first place. 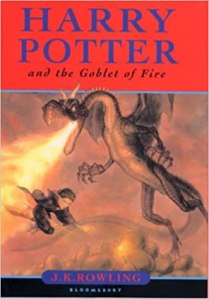 In the case of Harry Potter, despite JK Rowling’s masterful and elaborate world-building, the saga isn’t really about magic, witches, and wizards at all. The school story – with its familiar gang of the brainy, the bullying, the brave, and so on – tap into universally relatable themes that remind us of our own school days. Then there’s the coming of age story – again universally relatable. These themes have presented themselves in many genres, not just fantasy.

All of which leads me to conclude that the best fantasy stories – indeed, the best stories in any genre – will contain unique and memorable treatments of familiar themes that everyone can identify with. It really isn’t about how much magic power your particular breed of troll has, and whether it can beat your opponent’s storm demon in a fight.

This entry was posted in Books and tagged Books, Harry Potter, His Dark Materials, Simon Dillon, The Lord of the Rings, What makes a great fantasy story?. Bookmark the permalink.