Posted on November 5, 2019 by simondillon 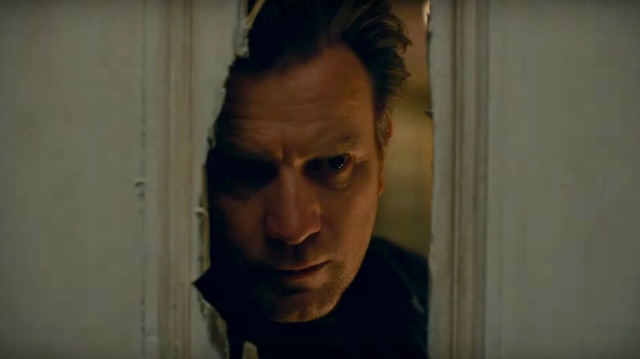 Did The Shining really need a sequel? Of course not. Stanley Kubrick’s revered 1980 adaptation of the Stephen King novel is a classic of horror cinema that stands shoulder to shoulder with the likes of The Exorcist. Yet after King himself wrote a sequel it seemed inevitable that someone would eventually adapt it. Even with Mike Flanagan at the helm, the man responsible for Netflix’s excellent reworking of The Haunting of Hill House, I was dubious to say the least, and went in with very low expectations.

It comes as a great surprise therefore to report that Doctor Sleep is actually rather good. No, of course it doesn’t live up to The Shining, but for the most part I just thought of it as an entirely separate story, despite the start and ending harking back to earlier events, and in turn paying reverent homage to Kubrick’s film.

The plot concerns Danny Torrance (Ewan McGregor), years after his father went murderously insane trying to write a novel in a haunted hotel. Now in adulthood, he tries to hide his special abilities to communicate with the spirit world. However, he is becomes drawn back into the supernatural when a young girl called Abra (Kyliegh Curran), who has similar gifts, develops a psychic bond with him. She in turn is targeted by a mysterious and dangerous cult led by Rosie “the Hat” (Rebecca Ferguson) that preys on children with “shining” abilities.

This is a rich stew of a film; generously plotted, with plenty of winning performances and inspired direction. A couple of set pieces are agreeably distressing, especially one involving a child abduction and murder. Later there’s an audacious astral projection sequence that features bravura direction and genuinely imaginative imagery, and Rebecca Ferguson’s Rosie makes a terrific villain. In short, horror fans will be in for a treat – though it is nothing like as scary as it’s predecessor. The tone is more psychological, despite some nasty gory moments, violence, and swearing (if you appreciate warnings about such things).

The finale is clever, but I couldn’t help feeling slightly let down once the story returned to more familiar territory. That said, this is still a fine piece of work that has been rather underrated by certain critics. In fact, of the big screen Stephen King adaptations this year, this one is my favourite.